Luckily for you, we’ve got just what you need for a nice respite on this brisk autumnal day. Here’s some little financial news bites from the last month, so settle in and take a break…

We’re still a couple of months away from immersing ourselves in all things festive, but we’re already being warned to get in early for Christmas shopping!

The online retail industry is gearing up for a huge surge in demand, and warns that firms may struggle to cope if we leave all our festive shopping till the last minute.

Since Covid-19 hit, online shopping numbers have risen steeply, growing around 40-50%. Even before lockdown, online sales in the first months of 2020 were around 5% higher than last year.

There’s still plenty of time before the big day, so there’s no need to panic buy, but if you can get the bulk of your Christmas shopping done in November, do!

Non-essential shops and businesses closed their doors back in March for several months as part of the government’s lockdown restrictions. Whilst most shops eventually reopened throughout June, Which? has estimated that UK shoppers may have lost a total of nearly £100m in unused vouchers during the lockdown period.

Many shops automatically extended the deadline date on their vouchers, and some retailers contacted customers directly and offered to extend them, but a third of those with an expiring voucher didn’t get an extension and lost the money.

The unspent vouchers were worth £31.70 on average, which works out to around £98m lost across the whole of the UK.

If you have a voucher that expired during lockdown, contact the retailer directly to see if you are able to extend the date.

Around 50 charities, food bank providers, housing organisations, disability groups, and others are calling on the chancellor to extend the temporary ‘lifeline’ Universal Credit hike of £20 a week.

The increase was introduced back in April to help those who had lost their jobs, and it’s due to run until April 2021, but there are no signs that it will be extended beyond that.

This means that millions of the UK’s poorest households could see their incomes cut by £20 a week from next April, which risks plunging struggling households into poverty.

A letter has been written by to the chancellor explaining: “Falling incomes and rising costs throughout the pandemic have put families under immense financial pressure, but the £20 uplift has been a lifeline that has enabled many of them to keep their heads above water and has stopped us seeing a marked surge in poverty levels.”

“Further, it is simply not right that those on legacy benefits, who are mostly sick or disabled people and carers, and so have been most at risk during this pandemic, have not been thrown an equivalent lifeline.”

The beginning of the end for unpaid work trials?

A 19-year-old woman from Glasgow has begun a campaign to ban all unpaid work trials after she worked a five-hour shift in a restaurant and didn’t get paid.

She even ended up £20 out of pocket after having to buy a shirt and trousers to wear as uniform while on shift!

Whilst there is no specific law covering this issue, and what the restaurant did wasn’t illegal, it’s widely thought that a fair day’s work deserves a fair day’s pay – especially in the hospitality sector, where unpaid work trials are incredibly frequent.

It’s currently illegal to employ people on unpaid work trials for an excessive period of time, or where the trial is not part of a genuine recruitment process, but that doesn’t stop potential employers seeking an extra pair of hands to cover a busy shift…

A change in housing demand
The ‘lifeblood’ of the UK housing market (also known as first-time buyers) are becoming less likely to buy a home than movers.

Gardens, extra space (perhaps for a home office), and proximity to family have all risen on the priority list, and has led some existing homeowners to look around for an alternative property.

In contrast, first-time buyers have seen their options diminish as all but a handful of mortgage products remain on the market, and of those that remain, there’s an increased demand for larger deposits and stricter guarantees of secure employment.

Government incentives (such as stamp duty holiday) and pent-up demand over lockdown led to a surge in interest when restrictions were lifted, but this demand is expected to fade as mortgage restrictions feed through.

Our very own Commercial Director, Jonathan Mills, will be taking on a mammoth challenge on Sunday 18th October, all to raise much needed funds for our cherished Manchester Youth Zone!

Jonathan will be battling treacherous ascents and speedy straights as he cycles 100 miles in one day in a circular route that sees him start and finish at the Youth Zone in Harpurhey.

The route will cross through Greater Manchester, Cheshire and Lancashire, and he’ll be raising funds for his hearty challenge with all proceeds going directly to the Manchester youth Zone.

Jonathan is really close to reaching his donation target of £2,500, so if you’d like to donate to his ride, just click here and give what you can!

If you didn’t already know, the MoneyPlus Group supports the Manchester Youth Zone every month through its Dress Down for a Pound Fridays, in which all staff members have the option to come to work in casual attire in exchange for a £1 donation to the Youth Zone.

We also regularly host events to help our staff support the local community, such as annual Christmas gift donations, and our very successful 2.6 Challenge (each of our participating staff members donated money to take part in their own challenges that incorporated the numbers 2 and 6, such as running 2.6 miles, or doing 26 star jumps!)

Our blooming good social competition, #12MonthsOfBloom, is BACK for October!

We adore our social media followers, so we’ve partnered with Bloom & Wild for the whole of 2020 to give 5 of them a monthly chance to win a free bouquet – and you could be in for the win, too!

To be in with a chance to win September’s bloom, just do the following:

Winners will be announced at the beginning of next month, so stay tuned to our social to see if you’ve won!

We know that times can get tough, and we’re here to support you, so don’t hesitate to get in touch if you need extra financial support.

Just call 0161 837 4000 between 9am-5pm Monday to Friday, or email info@moneyplus.com and one of our friendly team members will get back to you as soon as possible.

Together, we can live better. 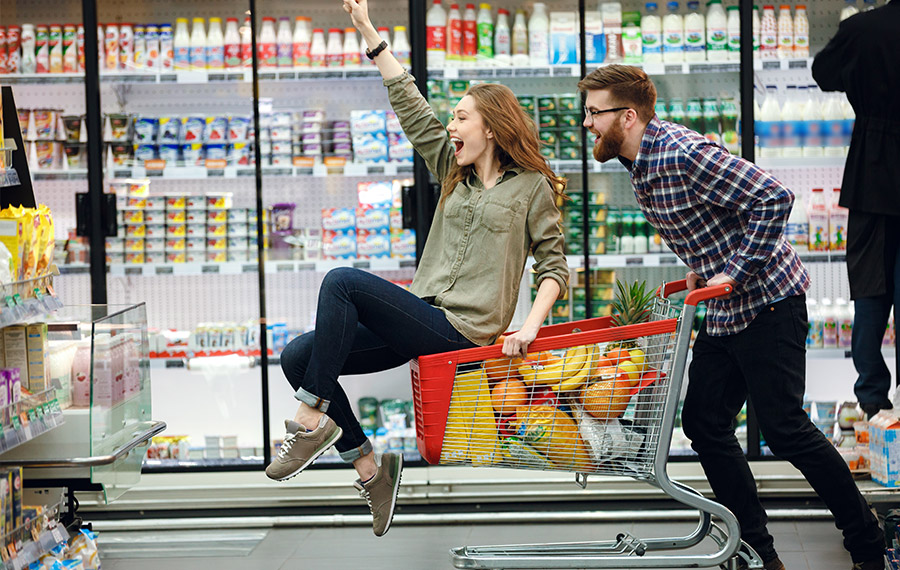 Five tips for saving on your weekly shop 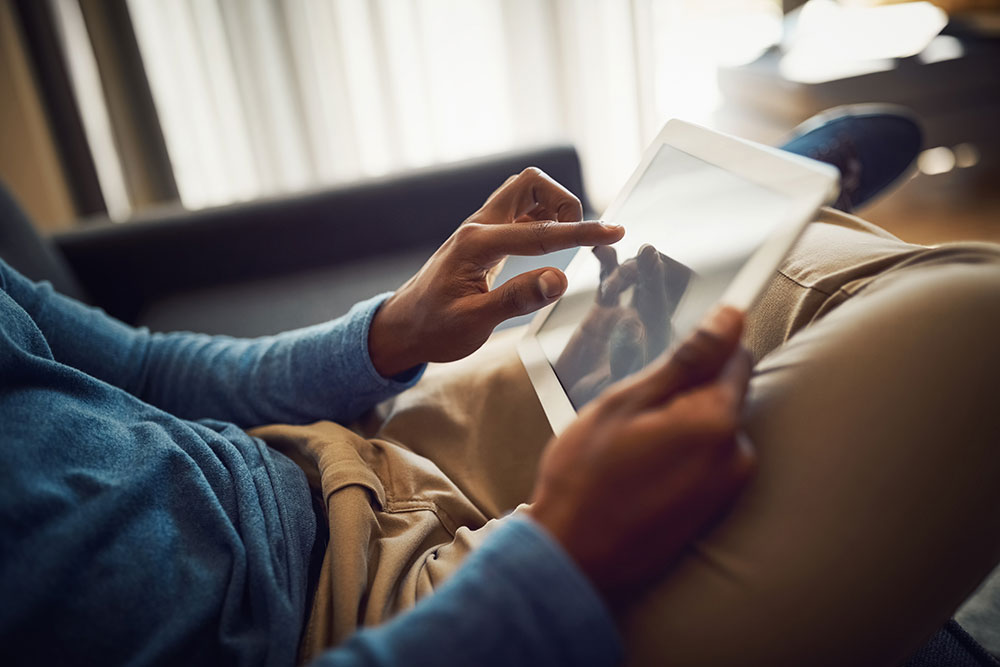 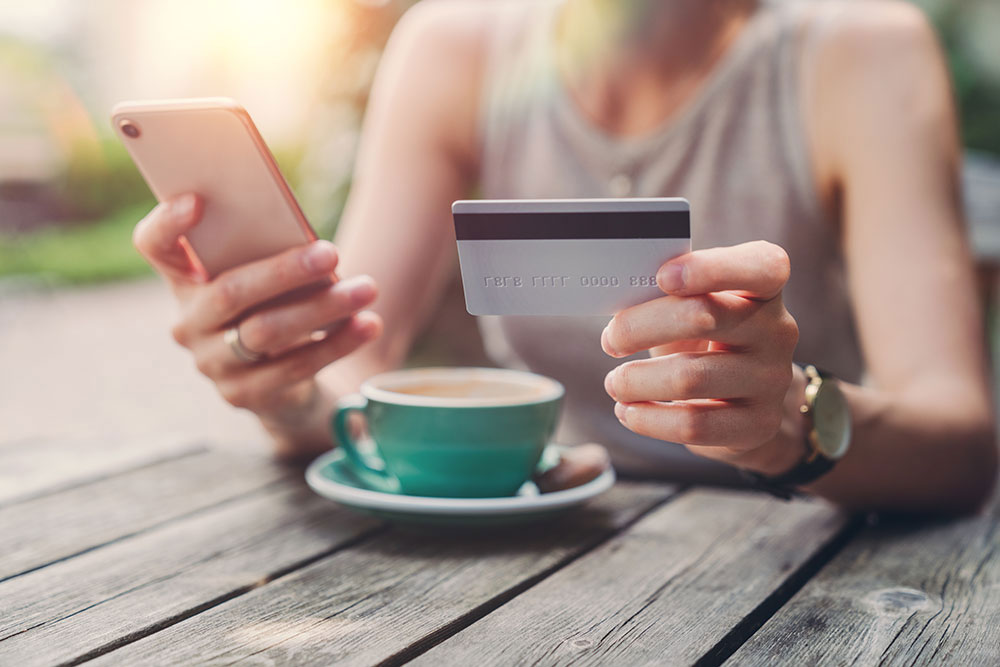 Live Better Blog: 'Setting off' – what it means for your finances.